BENGALURU (Reuters) – Gold prices will push towards record highs over the next 18 months as the coronavirus crisis encourages investors to hoard the metal as a hedge against possible turmoil in the wider markets, a Reuters poll showed.

However, low jewellery sales in Asia and the prospect of economic recovery will hinder further gains, respondents said.

Fuelling the rally are low interest rates, which make non-yielding gold more attractive, and a belief that central bank stimulus and economic turbulence could devalue other assets.

“The more uncertainty over the control of the virus and by association the global economy, the more bullish for gold,” said StoneX analyst Rhona O’Connell, adding that prices could reach record levels above $2,000 in 2021.

“Any substantive economic recovery would probably produce something of a headwind,” she said.

While western investors have been buying, demand in Asia has plummeted, with some people even selling gold. 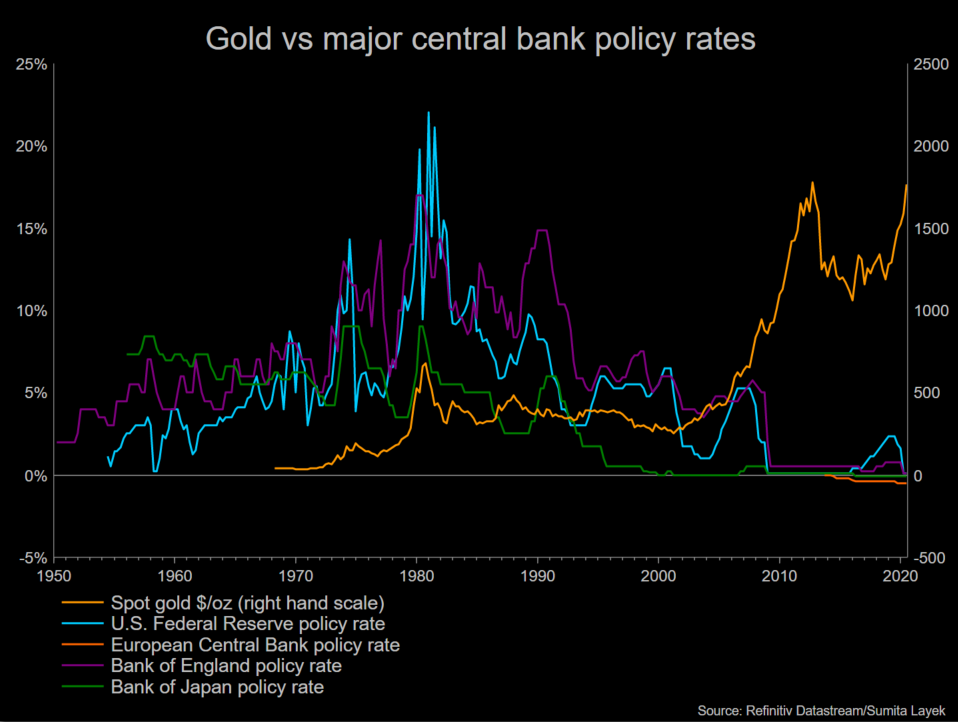 Silver is seen as a safe investment asset like gold, but is also used widely in industry, making it vulnerable to economic slowdowns.

It underperformed gold during the worst of the pandemic, before a recent bounce back above $20 an ounce.

“Silver will begin to close the gap across the longer term given its versatility and increasing exposure to green energy applications,” James Moore at Fastmarkets said. Graphic: Gold vs silver here