Why inflation could be on the way back

Gold Is a Hedge Against Bad Government Decisions

Are we about to move into a new era of unexpectedly high inflation, rather than the below-target inflation we are used to? Many dismiss this view. But the boy who cried wolf was right the last time. A book just out is crying wolf insistently. Notably, it states that, as a result of today’s fiscal and monetary largesse, “as in the aftermath of many wars, there will be a surge in inflation, quite likely more than 5 per cent, or even on the order of 10 per cent in 2021”. That would change everything. The prediction comes from The Great Demographic Reversal by Charles Goodhart, a respected academic, and Manoj Pradhan, formerly at Morgan Stanley. Its prophecy of imminent inflationary doom is in fact less significant than its analytical framework. These authors argue that the world economy is about to shift regimes. The last time this happened was the 1980s. The big shifts four decades ago were not so much the desire to bring inflation under control, but globalisation and the entry of China into the world economy. That era, they argue, which was one of low inflation and high, rising indebtedness, is now ending. Its inverse will soon follow. In the 1980s and 1990s, the economies of China, the former Soviet empire and other developing countries opened up. The Uruguay Round was agreed, which led to the birth of the World Trade Organization, to which China acceded in 2001. International economic integration advanced apace, notably through trade, but also via direct investment from high-income countries. The global labour supply for production of tradeable goods rose enormously. The big trading economies had falling birth rates and still youthful populations, reinforced by the entry of women into their labour forces. So the workforce grew faster than population and output per head rose ahead of that per worker. Now, they argue, all this is going into reverse. Globalisation is under attack and no other economies can replicate what China did. Ageing hits the growth of the labour force and exacerbates fiscal pressures. Not least, they assert, as the number of consumers rises relative to that of producers, inflationary pressure will increase. Moreover, as the labour force shrinks and globalisation weakens, the market power of labour will re-emerge, exacerbating these inflationary pressures.

All this together, argue Messrs Goodhart and Pradhan, caused a fall in the market power of labour in high-income countries, higher profit shares in gross domestic product, rising domestic inequality, falling global inequality, a “savings glut”, weak inflationary pressures and declining real interest rates. There was a surge in indebtedness. These shifts will, they add, create huge policy dilemmas, especially given the extended balance sheets of governments and non-financial corporates. If the relationship between unemployment and inflation were to shift as adversely as the authors suggest, would central banks tighten as much as they might need to, in order to contain inflation? How would the authorities handle the waves of defaults? How would governments bring their deficits back under control in a world of structurally low growth (partly due to ageing), higher interest rates and pressures to raise spending? If they failed to do so, would the central banks keep printing money or permit national insolvency? In brief, are we confronting a rerun of the 1970s, in worse circumstances? The authors are correct in arguing that the world economy is undergoing big structural shifts. Ageing and a weakening of globalisation in the production of goods are well under way. Moreover, this process includes China. That combination will transform our economies. Yet it is also vital to remember how little we know about how such shifts might play out in the real world. What if we had known in 1980 that China was going to open up its economy to the world and launch the biggest investment boom in world history, culminating in an investment rate of 50 per cent of GDP? How many would have predicted that the macroeconomic situation a few decades later would be one of excess savings, low real interest rates, ultra-loose monetary policies and debt overhangs? Most would surely have assumed that booming China was about to import savings massively and so raise real interest rates and export net demand, instead. 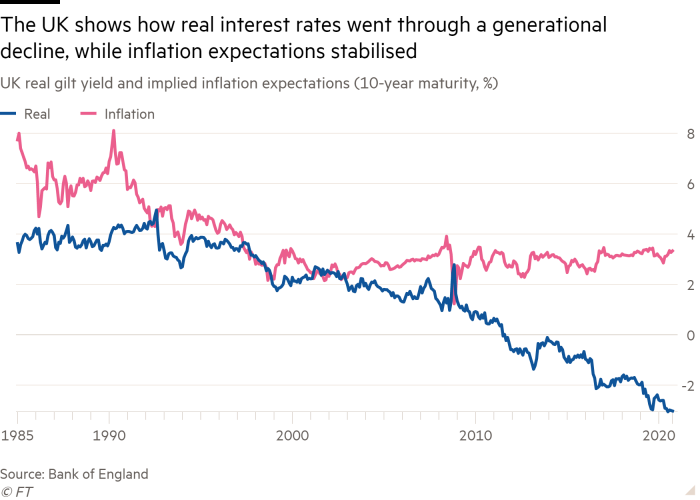 Similarly, Messrs Goodhart and Pradhan may be right that, in their brave new world, the desire to save will tend to fall faster than that to invest, the savings glut will turn into a shortage, and real interest rates will soar. But the difference between desired savings and investment is a narrow one. It is quite possible, instead, that, with slow economic growth and continuing declines in the relative price of capital goods, corporate retained profits will continue to exceed investment in high-income economies. The Chinese corporate sector might also follow suit. If so, demand might stay weak and real interest rates low for a long time, reinforced by the huge private-sector debt overhangs in all these economies. 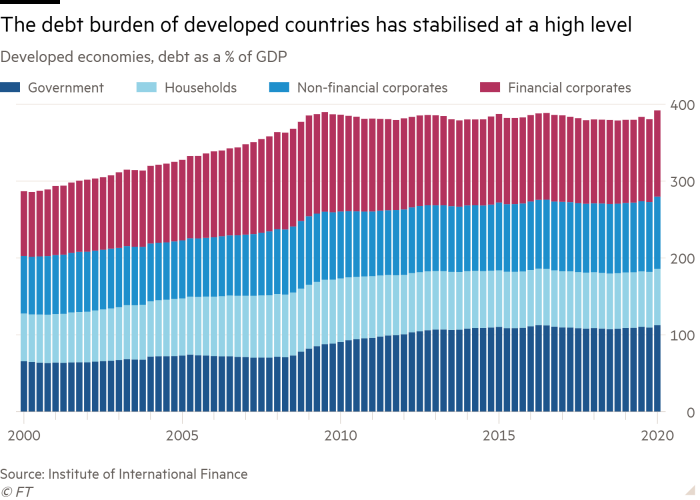 It is not even clear that globalisation was the main historic driver of changes in labour markets. It was just one element in a set of transformations — new technologies, the shareholder-value-maximisation model of corporate governance, the rising role of finance and growing monopoly power. Doubts about these theses are warranted. But it is also dangerous to extrapolate the present into the future. In 1965, few imagined that postwar Keynesianism would shortly die. The world of “lower for longer” may similarly vanish. Big changes are in process. We need to think rigorously about how our future may differ from our past.