Why Does Gold Always Go Up in January?

The haven built on a run of four weekly gains following the breakthrough on the package, which Trump had initially declined to endorse amid a dispute on the size of checks to support households amid the pandemic. The dollar eased. 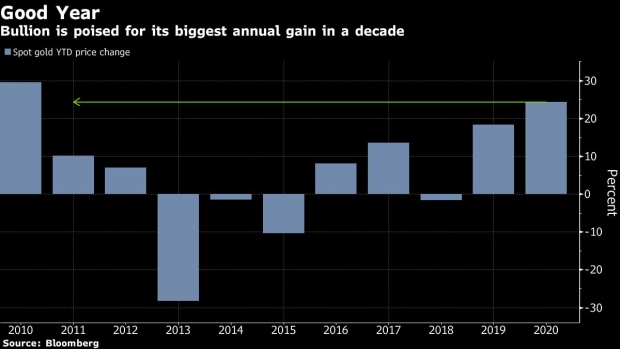 Bullion is set to post the first monthly gain since July after a run of losses prompted by the development of effective coronavirus vaccines. Over 2020 as a whole, gold has benefited from a steady weakening of the U.S. currency since it peaked in March, as well as from unprecedented fiscal and monetary stimulus.

The relief package will likely be the last major legislation signed by Trump, whose re-election hopes were dashed in large part due to his handling of the pandemic. President-elect Joe Biden has said he will push for even more stimulus after taking office early next year.