In many ways, most of us can’t wait to put 2020 behind us and call it last year.

If you dig a little deeper, other costs include soaring debts and deficits worldwide.  We’re approaching an unfathomable $280 trillion in global debt. Governments and central banks have facilitated tens of trillions in stimulus spending this year alone, and it’s far from over.

It’s little wonder that some asset classes have been riding this wave, not the least of which is silver.  And looking ahead, the metal appears primed for another great year in 2021.

Precious metals investors fared even better.  Gold has gained around 23%.  Yet silver outshone all of these with an outstanding 44%. But as I’ll explain, I think gold’s cheaper cousin is set for another year of outsized gains.

I believe we’re entering a perfect storm for silver.  Not only are central bank balance sheets exploding, but major economies are passing stimulus bills that, just a few years ago, would have been near-scandalous.  What’s more, they’re doing so not just with relative ease, but outright encouragement. 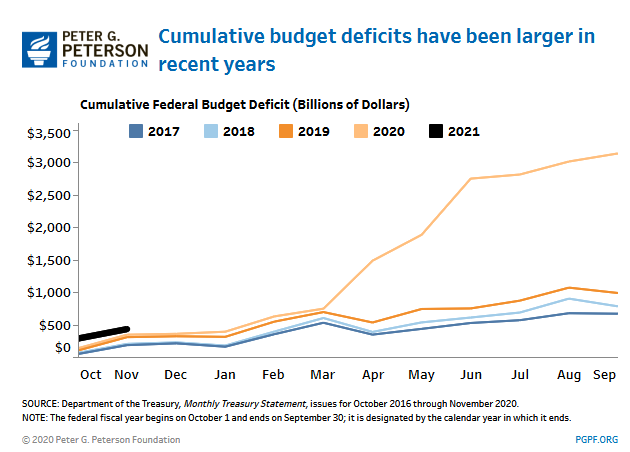 And yet, almost no one seems to care.  Until…inflation.

I think inflation will be the dark horse of 2021.  As vaccination rates climb and the visible effects of the pandemic subside, I expect our wild rates of money printing will start to take effect.  Currencies, in particular the US dollar, are likely to weaken.

That’s what gold and silver have been sensing, especially since massive stimulus programs and a Fed promise of near-zero rates until at least 2023 appeared.

Not only is silver demonstrating its ability to hedge against expected inflation, it’s also flexing its industrial-metal muscle.  Fifty percent of silver is consumed in industry, plus 10% goes into solar technologies.  Factor in exploding investment demand, and the metal’s outlook is robust.

The gold/silver ratio is a useful gauge to assess silver’s relative value against gold.

In March, the ratio spiked over 125, meaning it took an astounding 125 ounces of silver to buy one of gold.  That’s an historic high which quickly reverted. 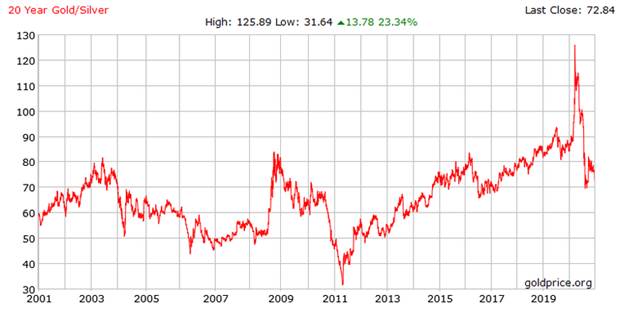 For most of the last 20 years, this ratio has bounced around between 50 and 70.  Typically, when the ratio runs up above 80 and reverses, it tends to run down to 50 or even lower.  Currently, the gold/silver ratio is near 73, and has been trending down.  That’s what it does during precious metals bull markets.  I think it has further to fall, even if gold moves higher, which is likely.  As a result, I expect silver’s gains will easily outpace gold’s in 2021. 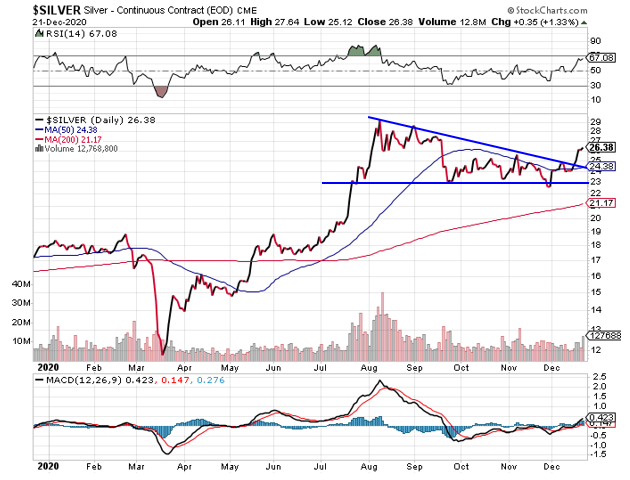 Silver “tested” support at $23 several times since September, and has just broken out above resistance.  It’s now trading well above its 200-day and 50-day moving averages, and the latter has just turned up.  The RSI and MACD momentum indicators are both trending higher and are not yet overbought.  All of these are bullish signals. 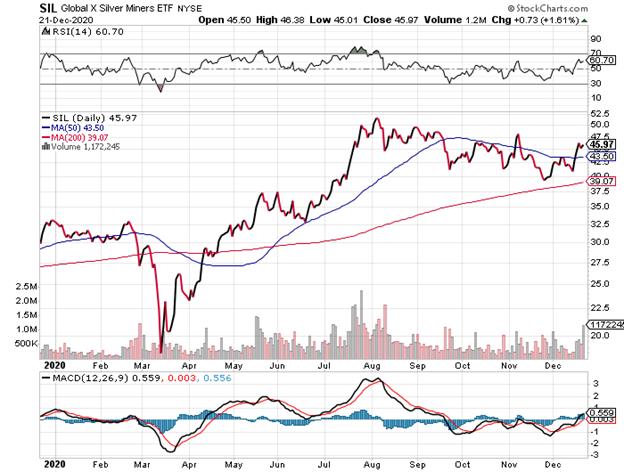 Layer on top of that the seasonal trend for silver, and it becomes difficult to paint a more favorable outlook. 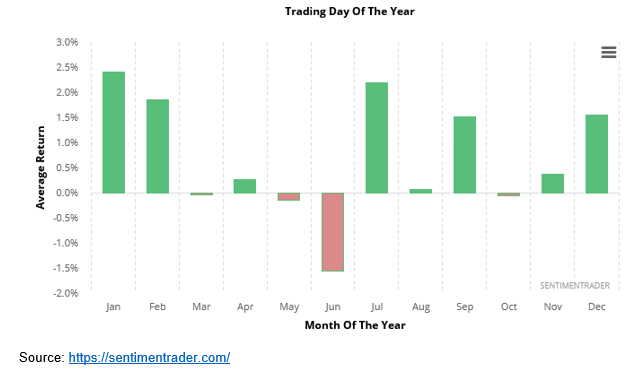 As you can see, silver tends to perform particularly well from December through February.

Ignore the daily noise in silver prices.  One day traders buy the rumor, the next they sell the news.  Instead, we need to focus on the bigger trend: silver has already more than doubled since March.  It’s in a bull market.

Most of us are anxious to welcome 2021.  And those who invest in silver and silver stocks are likely to find next year particularly rewarding.